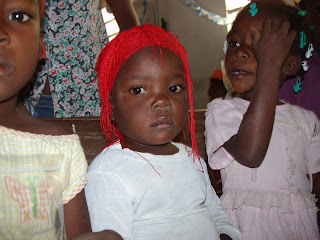 Wow! This week has been incredible! I know the team is probably not ready to come home and leave their new friends behind, but the trip is coming to a close. God is continuing to do AMAZING things! Please read along with Matt McCuiston as he describes Sunday’s events! 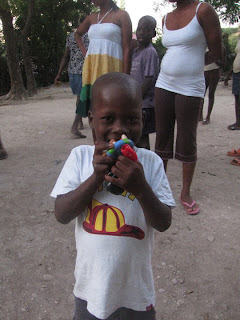 We started the day off going to church. The people in the worship service were very enthusiastic about worshiping God. What really impressed me the most was when the pastor asked if there were any visitors there and told them to stand. There were three that stood up and he asked what their names were, where they were from, and if they knew Jesus as their personal savior. WOW! Why don’t we do that? That is what I call taking care of business! 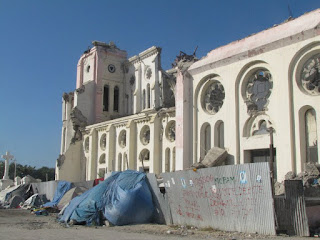 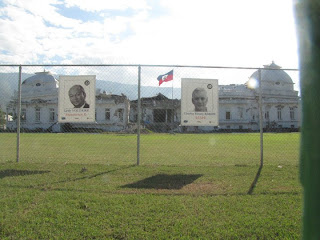 After church we went to Port-au- Prince. What a devastated area. There was trash all in the streets, buildings tore down from the earthquake last year, and a lot of broken hearts. I realized that the government was not going to ever do anything about it when we pulled up to the capital building. The earthquake was last January, and the palace, which is their White House, was still in shambles. 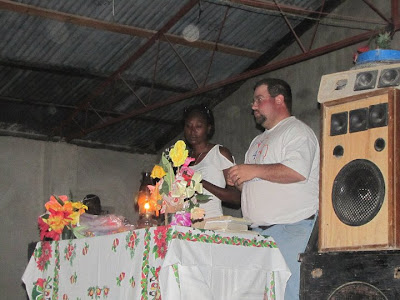 Afterwards we came back to the compound and reloaded the truck and went to another church to deliver food. When we got there, the generator that feeds the church electricity was broke down. We gave them 14 boxes of food and two 50lb bags of beans. The pastor asked if we had anyone that could speak some words of encouragement, and the other team members volunteered me. So I spoke about keeping Jesus as their savior and that all their problems are temporary. I told them to hold onto God and that we all need to try to be better Christians for Him. 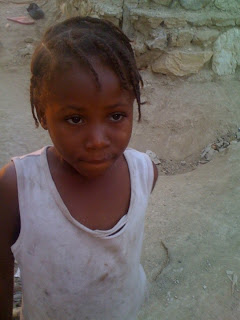 After this we came back and started packing for our trip home. What a week it has been. We are a blessed bunch. To have a God that not only sent His Son to die for us, but He placed us all in a free country where we do not have to scrounge around for food, we can take a bath whenever we want, we can worship freely, and I could go on and on. The simple fact is that God loves us all equally. None of us are better than the next, and its hard to believe but these very same people who have all these troubles, will be side by side with us “when we all get to Heaven.”
1 Samuel 2:8
He raises up the poor from the dust; he lifts the needy from the ash heap to make them sit with princes and inherit a seat of honor.
For the pillars of the earth are the LORD’s
and on them he has set the world. 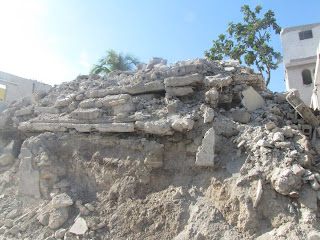 The team is so thankful to everyone for their prayers, love and support! On Monday morning they will be wrapping things up in Haiti. The plan is to get up early and visit with local children before heading to the airport in the afternoon. Please pray not only for the team’s safety, but for those they are forced to leave behind in these horrible conditions… 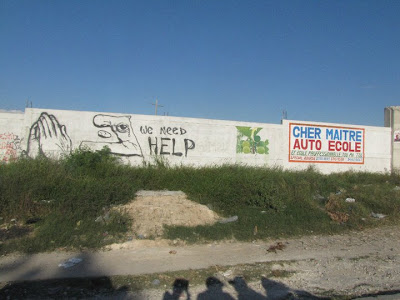