You saw with your own eyes the great trials, signs and wonders; The mighty hand and outstretched arm, with which the LORD your God brought you out. The LORD your God will do the same to all the peoples! ~ Duteronomy 7:19 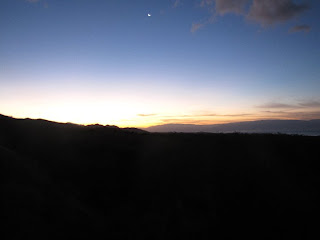 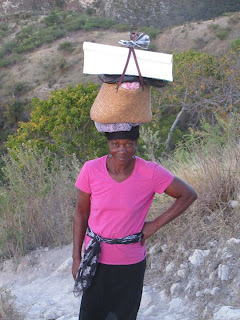 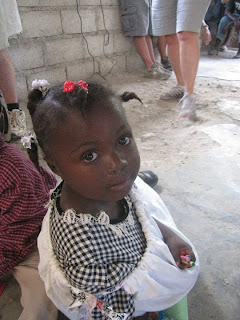 1/1/11–seems like a perfect date for the start of an amazing new year. Last night we were told that we would be leaving at 5 am New Year’s Day to hike two hours up a mountain to a village. While we may have groaned at the prospect of rising before the roosters (yes we hear roosters every morning), it was an experience that could top any Times Square ball drop or champagne toast. It was pitch black when we started climbing the steep mountain. As we climbed farther up, the sun peeked over the ocean and mountains in the distance. The sky opened up into an amazing display of colors. As we huffed our way up the mountain, we were passed by men on mules and a woman carrying supplies on her head. This steep journey, that even Brittney as a marathon runner was struggling with, is one that the Haitian people make it with great ease! 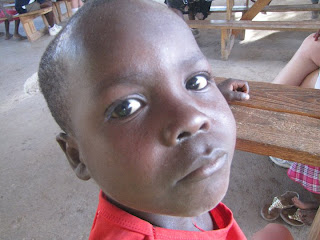 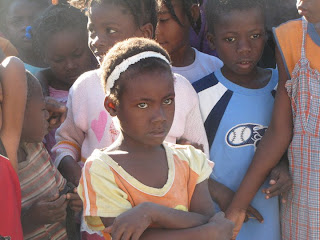 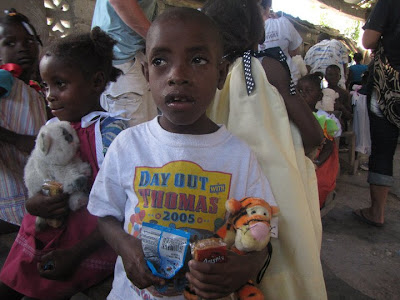 When we arrived in the village, we led about 200 children, into the church. We handed treat bags to each of them and fitted the girls with pillow case dresses and the boys with t-shirts. Almost 100% of their clothing comes from the donations of generous Americans. They wear these with pride, even if they don’t know what the shirts say. They quickly became entertained with the puppet shows and songs. The joy on their faces could melt the hardest heart. We ended our visit with a prayer for the people of the village that God could provide for their needs. 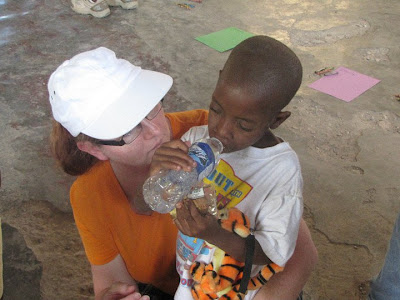 Our final destination of the day was to one of the poorest orphanages in the area. The people running it are indescribable, the love and hope they give these children is unparalleled. There were about 24 orphans to whom we gave fruit snacks, crackers, stuffed animals and clothes. We also colored with them and led them in songs. 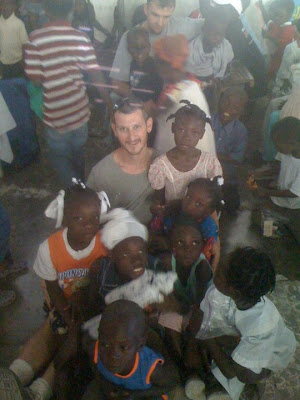 was one little boy with special needs, that seemed to be missing his stuffed animal. Another girl came up, and at first Kelly thought she had taken his Tigger. But, it was just the opposite. The little girl, his twin sister, was safeguarding it for him. She looked after her brother and shared her food with him. This three-year-old girl who has no parents and no possessions in the world, could very well have kept the toy and food for herself. Instead, she was totally selfless. This is a theme we have seen over and over, like the little boy at the tent city who divided up his candy with the other boys–those with the least are willing to share the most. It is a lesson that we can follow. And here’s the plug for Lifeline– Kelly has decided to sponsor that three-year-old girl, and you can sponsor a child too, ensuring that they will get a full belly and the hope for a better life. 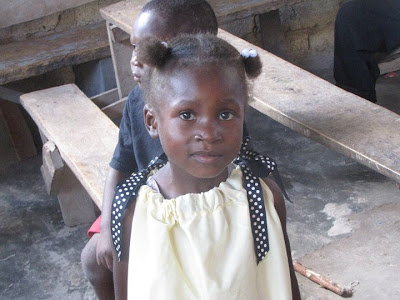